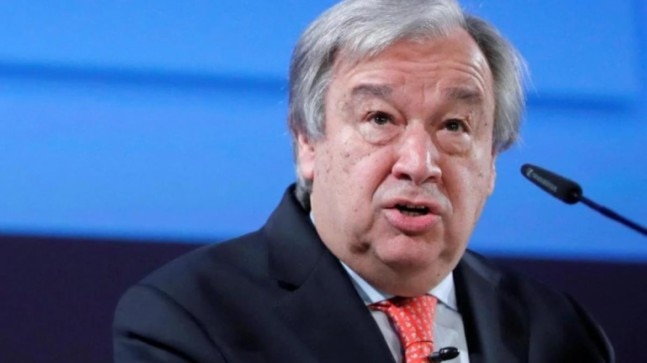 The UN slashed India’s projected growth rate to 1.2 per cent in 2020 and forecast that the global economy will contract sharply by 3.2 per cent as the Covid-19 pandemic paralyses the world, sharply restricting economic activities, increasing uncertainties and unleashing a recession unseen since the Great Depression of the 1930s.

The World Economic Situation and Prospects as of mid-2020 released on Wednesday by the UN said that global gross domestic product is forecast to shrink by 3.2 per cent in 2020, with only a gradual recovery of lost output projected for 2021.

“Cumulatively, the world economy is expected to lose nearly USD 8.5 trillion in output in 2020 and 2021, nearly wiping out the cumulative output gains of the previous four years,” it said.

India’s economic growth is forecast to slow to 1.2 per cent in 2020, a further deterioration from the already slowed growth of 4.1 per cent in 2019.

“The national lockdown in India, for example, is expected to depress economic growth to just 1.2 per cent, much lower than the already disappointing growth in 2019,” the report said.

The 2020 growth outlook for South Asia has deteriorated sharply. In light of this, the projected growth of GDP has been revised downward from 5.1 per cent to 0.6 per cent for 2020 and from 5.3 per cent to 4.4 per cent next year. Densely populated and ill-equipped for a public health catastrophe, the region is extremely at risk, it said.

The report noted that the policymakers across the South Asian region have, sometimes reluctantly, adopted more and more restrictions on activity to avert this threat, but this comes at a heavy economic toll.

However, according to estimates in the report, India and China are the only two economies in the world that are not projected to shrink in 2020 even though their growth rates slow down considerably.

While India could clock a 1.2 per cent GDP growth, China is estimated to record a 1.7 per cent growth rate. All other economies in the world, including the US (-4.8 per cent), Japan (-4.2 per cent), European Union (-5.5 per cent) and the United Kingdom (-5.4 per cent) are projected to shrink this year.

The report projected that GDP growth in developed countries will plunge to 5.0 per cent in 2020, while output of developing countries will shrink by 0.7 per cent.

“The pandemic has unleashed a health and economic crisis unprecedented in scope and magnitude. Lockdowns and the closing of national borders enforced by governments have paralysed economic activities across the board, laying off millions of workers worldwide,” the report said.

The pandemic, which is disproportionately hurting low-skilled, low-wage jobs, while leaving higher-skilled jobs less affected will further widen income inequality within and between countries.

“The pace and strength of the recovery from the crisis not only hinges on the efficacy of public health measures in slowing the spread of the virus, but also on the ability of countries to protect jobs and incomes, particularly of the most vulnerable members of our societies,” UN Chief Economist and Assistant Secretary-General for Economic Development Elliott Harris said.

According to the report, the baseline scenario assumes that ongoing lockdown measures will significantly slow the spread of the disease before the end of the second quarter. Most countries, including major developed and developing economies, will start reopening their economies gradually after an initial period of four to eight weeks, although some form of social distancing will remain in place.

“In this scenario, global economic activities will pick up steam from the third quarter onwards, with fiscal and monetary stimulus successfully resuscitating demand. Higher levels of unemployment and negative balance sheet effects will, however, limit the strength of the recovery,” it said, adding that following a contraction of 3.2 per cent in 2020, global output is expected to grow by 4.1 per cent in 2021.

In a “pessimistic scenario,” major economies will face a second wave of the pandemic later this year, requiring them to extend lockdowns and enforce restrictions on economic activities until early 2021, the report said.

Under these assumptions, global economic output would plunge steeply by 4.9 per cent in 2020, followed by a meagre 0.5 per cent growth in 2021.

In the more optimistic scenario, on the other hand, earlier-than-expected success in combating the pandemic—enhanced testing, tracing and treatment options and signals of breakthroughs in vaccine development—will lead to more complete relaxation of restrictions before the end of the second quarter.

“This will revive aggregate demand in the second half of 2020, allowing a shallower contraction of 1.4 per cent of world output in 2020 and a more robust rebound of 6.1 per cent in 2021,” it added.