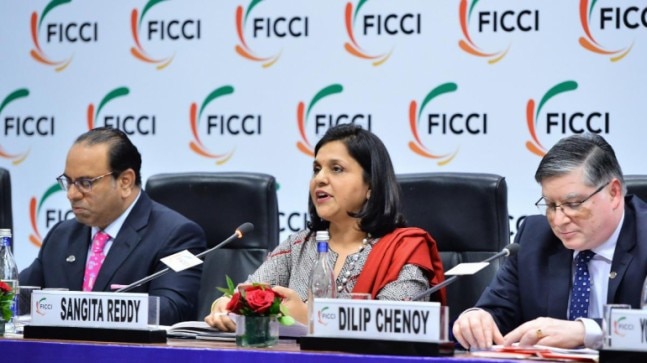 FICCI has highlighted the need for a gradual opening of the lockdown and a special emphasis on MSMEs and small businesses in its report to the Centre, Dr Sangita Reddy said.

As May 3 approaches, the clamour for a stimulus package is now growing. With no package in sight, certain sectors have started taking measures such as salary cuts, layoffs and increased hours for work from home employees. However, even with these measures in place, the future looks rather bleak for many industries.

In an exclusive conversation with India Today, President FICCI (The Federation of Indian Chambers of Commerce and Industry) Dr Sangita Reddy shared her thoughts about the expectations of India Inc and the way forward for the economy.

“A survey conducted by FICCI stated that 79 per cent of people felt that the lockdown was having high to severe impact. Another survey said, 35 per cent of the bottom of the pyramid people said they did not have even 10 rupees in their pocket,” Dr Reddy said.

In its many reports submitted to the government, FICCI has highlighted the need for a gradual opening of the lockdown and a special emphasis on MSMEs and small businesses. On the issue of a possible government package, Dr Reddy emphasized the fact that the recovery of the Indian economy is directly proportionate to the help extended by the Central government. The longer the government takes with the package, the harder it will be for the economy to bounce back.

Dr Reddy also told India Today that FICCI in its recommendations to the government had categorically stated the need to enhance government intervention on the economic front while keeping Covid-19 numbers in check across the country. The body had further advised the government to push for sectors that have been under stress after the lockdown was announced.

These include the hospitality sector, the services industry, and the health industry. According to FICCI’s reports, these sectors will need government attention immediately after the lockdown is lifted.