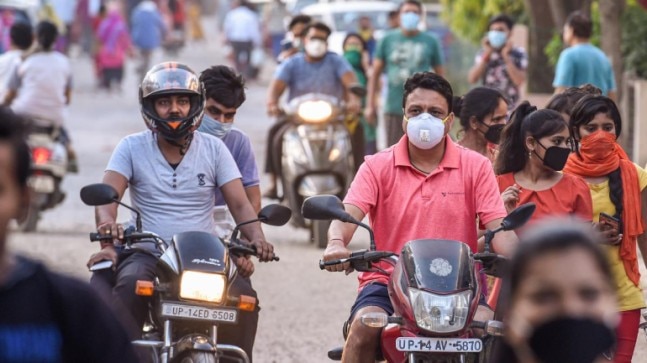 India’s GDP growth for the current fiscal is expected to slow down to 4.8 per cent, a UN report has said, warning that the COVID-19 pandemic is expected to result in significant adverse economic impacts globally.

The UN ‘Economic and Social Survey of Asia and the Pacific (ESCAP) 2020: Towards sustainable economies’ said that COVID-19 is having far-reaching economic and social consequences for the region, with strong cross-border spillover effects through trade, tourism and financial linkages.

The report noted that these are very preliminary forecasts based on the data and information available up to March 10.

“As the COVID-19 pandemic is still evolving rapidly and showing no signs of abating as of March 31, 2020, its negative impacts on economic performance of countries and territories in Asia and the Pacific will likely be very significant, a disclaimer accompanying the GDP chart for economies in the Asia and Pacific in the report says.

“India’s economic growth declined considerably by more than the earlier estimate (5 per cent in 2019 compared with previous estimate of 7 per cent), as uncertainties ahead of the general election and tighter credit conditions weighed on manufacturing activities and investments. Weakness in income growth and a rising unemployment rate also undermined consumer sentiment. Its exports were affected by global trade tensions as well, while extreme weather events -especially rainfall – disrupted agricultural activities, the ESCAP report said.

The report noted that COVID-19, first reported in China and subsequently globally, has significantly increased the downside risks to the Asia and Pacific region’s near-term economic outlook.

“While the pandemic was initially expected to affect primarily China’s economy (mostly in the first quarter of 2020), its spread worldwide, including in the Asia-Pacific region, could result in significant adverse economic impacts.

“High economic integration regionally and internationally could exacerbate the economic slowdown through multiple channels, such as trade, tourism and financial markets, it said.

The report cautioned that despite measures to contain COVID-19, such as quarantines, suspension of productive activities and the lockdown of cities, the spread of the novel coronavirus has already adversely affected regional and global economies.

The regional economic impact is anticipated to be greater than that experienced 17 years ago when the Severe Acute Respiratory Syndrome (SARS) broke out,” it said for the outlook for the Asia and the Pacific region adding that it is not only because of China’s growing economic importance but also because of increasingly globalised production structures.

Preliminary estimates by ESCAP suggest that the Asia-Pacific region’s GDP could experience declines of 0.6-0.8 per cent (valued at $132 billion to 172 billion) as a direct result of the COVID-19 pandemic through trade links alone.

Further, against an increasingly uncertain global environment, economic growth in the developing countries and territories of the Asia-Pacific region weakened considerably in 2019 to 4.3 per cent, a sharp slowdown from 5.3 per cent in 2018 and 5.0 per cent projected earlier for 2019. The slowdown was led by the large economies, namely China, India and Russia.

The COVID-19 pandemic has affected supply chains and disrupted manufacturing operations around the world. It noted that the pharmaceutical industry is facing shortages in the supply of raw materials.

“India, which produces 20 per cent of the world’s drug supply by volume, imports from China 70 per cent of the raw materials for manufacturing such pharmaceuticals. If the COVID-19 pandemic is prolonged, supplies are anticipated to be disrupted.

The report emphasised that in order to overcome the effects of the global pandemic requires the whole world, including the Asia-Pacific region, to strengthen cooperation and coordination.

It took note of the recent call by India to South Asian Association for Regional Cooperation (SAARC) leaders to coordinate virus containment measures. India proposed the establishment of a COVID-19 emergency fund under SAARC and offered an initial contribution of $10 million in this regard.

The report said that since at least the start of the millennium, the Asia-Pacific region has been the engine powering global economic expansion.

The region’s strong economic growth has more than tripled people’s income and largely improved their access to basic services, such as health care, education and electricity. As a result, about one billion people have been lifted out of extreme poverty mostly in China and India in the past two decades.