India doubles down on solar, gas at coal’s expense as electricity use falls 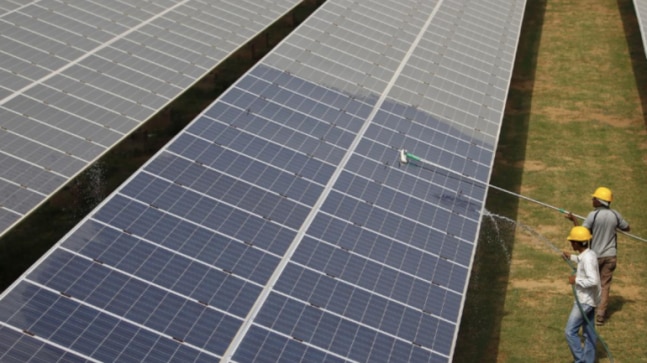 India’s solar and gas-fired electricity generation rose in April even as overall power demand fell at the steepest monthly rate in at least thirteen years, a Reuters analysis of provisional government data showed.

“Solar production was ramped up in the southern states, while gas-fired power plant operators in the west used cheap imported gas to address peak demand,” a senior power ministry official said, adding that many coal-fired utilities were shut for maintenance.

India – the world’s second-largest consumer, importer and producer of coal and the third-largest greenhouse gas emitter – expects to remain heavily dependent on coal for electricity but has pledged that clean energy will account for at least 40% of its installed capacity by 2030, up from about 22 per cent now.

Overall electricity use fell by about 24 per cent in April, the data from POSOCO showed, as all industries and offices not categorised “essential” were shut as a part of a nationwide lockdown to prevent the spread of the coronavirus.

With the lockdown extended with certain relaxations for another two weeks, state-run Coal India Ltd might face higher inventory and lower sales, while Indian utilities could face more financial stress.

Utilities were suffering from a prolonged industrial slowdown before the pandemic struck, with electricity demand rising only 1.2 per cent during the fiscal year ending March 2020 – the second slowest growth rate since 1984/85.

Industries and commercial plants account for over half of India’s annual consumption of electricity, with residences making up nearly a quarter and agriculture accounting for over a sixth.

Barring two hilly states in the country’s north east with little industrial load, power use fell across all regions, the data showed. Consumption in industrial states fell steeply, with states such as Gujarat and Tamil Nadu recording a fall of about 30 per cent, while Maharashtra’s fell over 20 per cent.