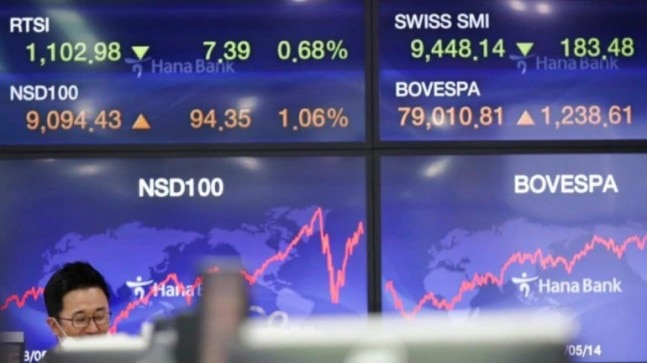 Investors are shifting their focus to how various nations are adapting to getting back to business, while striving to keep new Covid-19 cases in check.

Traders are awaiting US consumer confidence data for May and home sales for April, indicators that might give further clues into the severity of the downturn brought on by the pandemic.

“As is the financial market’s wont these days … even the slimmest of positive news on the Covid-19 front triggers a bullish immune response and another wave of the peak-virus trade,” said analyst Jeffrey Halley of trading platform Oanda.

Yi Gang, in an interview on the bank’s website, promised to push down borrowing costs for entrepreneurs and “support development of the real economy.” He said the People’s Bank of China will pursue a “more flexible” monetary policy in line with official goals announced Friday by Premier Li Keqiang of helping smaller and private companies survive the coronavirus pandemic.

The interview was published as China’s largely ceremonial National People’s Congress holds its annual session, where other senior officials have stressed the need to push growth higher and create jobs, while steering clear of excess government spending.

In Japan, government assessments of commuter train usage showed traffic was still much less than normal on Tuesday after the country lifted its pandemic state of emergency for Tokyo and several other areas.

The relaxed precautions are meant to involve what Prime Minister Shinzo Abe has dubbed a “new lifestyle,” with widespread wearing of masks and face shields.

Tokyo’s benchmark Nikkei 225 jumped 2.6 per cent to finish at 21,277.77, in a rebound to levels for the index not touched since early March.

Benchmark US crude gained 77 cents to $34.02 a barrel in electronic trading on the New York Mercantile Exchange. It closed at $33.25 on Friday, and markets were closed on Monday. Brent crude oil, the international standard, rose 48 cents to $36.60 a barrel.