Fiscal deficit widens to 4.6% of GDP in 2019-20 on account of poor revenue realisation 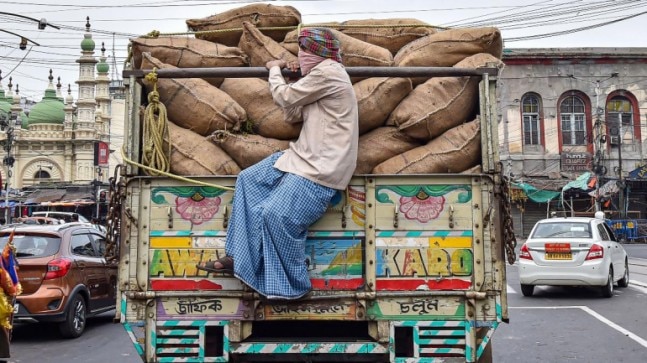 Finance Minister Nirmala Sitharaman while unveiling the budget in February pegged the fiscal deficit for 2019-20 at 3.8 per cent.

A porter sitting on a lorry with food material in Kolkata on May 26 (Photo Credits: PTI)

India’s fiscal deficit widened to 4.6 per cent of the Gross Domestic Product in 2019-20 mainly on account of poor revenue realisation, according to official data. The deficit, which signifies the gap between government revenue and expenditure, is higher than the revised estimate of 3.8 per cent for the fiscal.

Finance Minister Nirmala Sitharaman while unveiling the budget in February pegged the fiscal deficit for 2019-20 at 3.8 per cent, up from 3.3 per cent in the original budget estimate.

The increase in the fiscal deficit has been mainly on account of shortfall in revenue collection during 2019-20. The revenue receipts during the year worked out to be only 90 per cent of the revised estimate.

In absolute terms, total receipts of the government were Rs 17.5 lakh crore against the estimate of Rs 19.31 lakh crore.

The revenue deficit during the fiscal soared to 3.27 per cent of the GDP as against 2.4 per cent in the revised estimates.