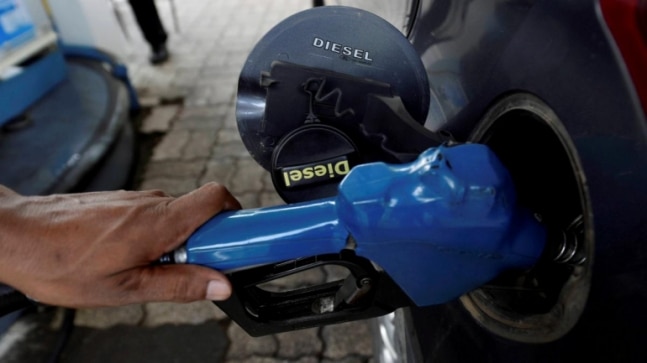 For the first time, diesel has become costlier than petrol in India. The current rate of diesel is Rs 79.88 per litre and petrol Rs. 79.76 per litre in New Delhi, as oil marketing companies on Wednesday, raised pump prices of diesel by 48 paise, while keeping the price of the other fuel unchanged.

For the 18th day in a row, state-run oil companies on Wednesday raised the prices of diesel. A comparison with the global scenario shows that diesel has been the most expensive of auto fuels as the product has a higher cost of production in many foreign countries.

Even in India, the base price of diesel has been higher than petrol. However, diesel has always been cheaper because it is used by farmers along with truck and bus fleets. Thus, to reduce the burden on farmers and transport fleet operators, diesel is priced lower than petrol in India.

Hemlata Dhyani, General Manager, Competent motors, Maruti Suzuki told India Today, “Following the Supreme Court order of prohibition of registration of BS-IV vehicles after May 10, registration of BS-VI vehicles has started taking place. This has had an impact on automakers as many have stopped manufacturing diesel vehicles. Very few companies are making BS-VI standard of diesel cars because it’s costlier.”

At present, diesel vehicles account only for 15 per cent of the total automobile market.

However, customers are worried as many feel that the increased prices of fuel will burn a bigger hole in their pockets.

Vinay, who owns a diesel vehicle said, “I purchased my car three years back but now with diesel prices shooting, I will have to look at alternative means of transportation because, at the current rate, half of my budget will be spent on fuel.”

Priya, who is looking to purchase a vehicle, echoed similar sentiments. She said, “Diesel vehicles are expensive as compared to petrol ones, but one could make up for the difference in the fuel prices, that math has changed now with the increase in prices. I think many people will now opt for petrol vehicles to save cost.”