Covid-19: Vistara announces leave without pay for up to 4 days per month in May, June for senior employees 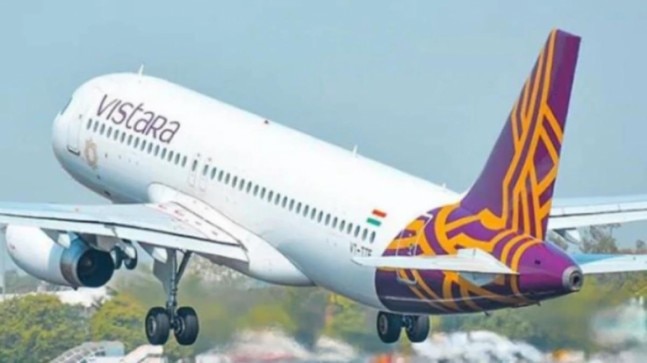 Vistara CEO Leslie Thng on Tuesday announced that senior employees will have to go on compulsory leave without pay for up to four days a month in May and June as a measure to conserve the airline’s cash flow amid the coronavirus-induced lockdown.

Vistara had sent the same set of senior employees on compulsory leave without pay (LWP) for up to six days in April.

The compulsory LWP will affect around 1,200 employees in senior grades. The remaining 2,800 employees of the airline such as members of cabin crew and ground handling services will be unaffected.

The CEO, in an email to employees on Tuesday, also stated that for May and June, the monthly base flying allowance for pilots has been reduced to 20 hours per month.

Earlier, the base flying allowance was given to pilots for 70 hours per month.

However, the reduction in base flying allowance, which is a fixed component in the salary, will not be applicable to trainee first officers.

India has been under lockdown since March 25 to curb the spread of coronavirus. The aviation sector has been hit hard as all commercial passenger flights have been suspended for the lockdown period.

“We will continue with the difficult decision to reduce staff costs to preserve jobs,” Thng said in an email to employees that has been accessed by PTI.

Later during the day, Vistara spokesperson said the latest extension of the lockdown to May 17 has prolonged the period of “no-revenues” as well.

“Vistara is making every effort to save jobs of more than 4,000 of its people while conserving cash and pursuing to reduce operational expenditures, which includes staff costs,” the spokesperson added.

Other airlines in India have taken similar measures to conserve cash amid the pandemic. GoAir has sent the majority of its employees on leave without pay. Air India has cut the salaries of employees by 10 per cent.

However, IndiGo on April 23 decided to rollback the pay cuts, which were announced earlier for senior staff members, for the month of April in deference to the “government’s wishes”.