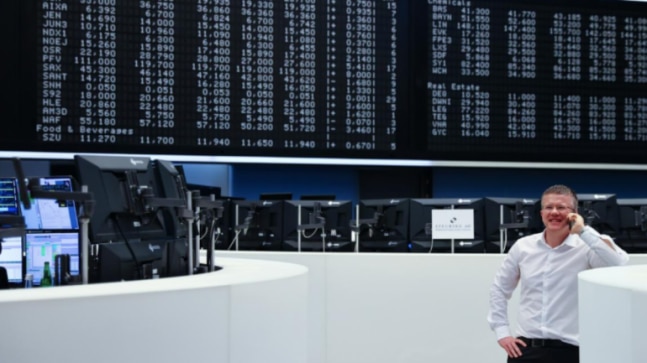 Global shares struggled on Wednesday as mixed earnings, doubts about the easing of coronavirus lockdowns and simmering US-China tensions cast a pall over markets.

MSCI’s index of global shares .MIWD00000PUS was trading flat. The pan-European STOXX 600 was 0.3 per cent higher, with losses in oil and gas shares weighing on the index.

Shares in UniCredit fell about 1 per cent after Italy’s biggest bank posted a 2.7 billion-euro loss in the first quarter amid loan writedowns in anticipation of the damage caused by the pandemic.

“Earnings season is not great, but it’s really the issue of the virus and the end of the lockdown, and sentiment towards that will push the market,” said Francois Savary, chief investment officer at Swiss wealth manager Prime Partners.

“We think there’ll be a consolidation for the equity market. It won’t take us back to the lows we saw in March, but markets are waiting for a clearer outlook on how the lockdown will end.”

Germany and Spain are among economies gradually emerging from lockdowns, but the outlook for an easing of restrictions elsewhere is less certain.

Wall Street futures were positive, with E-minis for the S&P500 up 0.6 per cent.

MSCI’s broadest index of Asia Pacific shares outside of Japan .MIAPJ0000PUS climbed 0.7 per cent. Volumes were light with Japanese markets closed for a holiday.

China, opening for the first time since Thursday, reversed early losses, sending the blue-chip index .CSI300 up 0.6 per cent.

In a move that was seen by analysts as offering a olive branch to Washington amid the trade tensions, China’s central bank set the yuan at a broadly neutral midpoint. The exchange rate has been a contentious point in Sino-US ties.

“USD/CNH dropped about 200 pips on the stable fix, and a recovery in risk sentiment ensued, and there was no follow-through on U.S. President Trump’s threat to China.”

Donald Trump has repeatedly taken aim at China as the source of the pandemic and warned that it would be held to account. On Tuesday, he urged China to be transparent about the origins of the coronavirus, which began in the Chinese city of Wuhan late last year.

On Wall Street overnight, the S&P 500 pared earlier gains after US Federal Reserve Vice Chair Richard Clarida warned that economic data would get worse before it got better.

In currencies, the euro resumed its fall, declining to a six-day low of $1.0816 on Wednesday.

The currency was still under pressure after Germany’s top court on Tuesday ruled that the European Central Bank’s quantitative-easing programme “partially violated” the German constitution.

The ADP National Employment Report of private US payrolls on Wednesday could foretell the damage to be revealed on Friday in the US government’s measure of jobs in April. It’s expected to show nearly 22 million jobs were lost last month.

In commodities, US crude futures fell 22 cents to $24.34 a barrel after five straight sessions of gains. Brent crude dropped 25 cents $30.72.

The decline was prompted by a higher-than-expected rise in US inventories, refocusing investors on the risk of oversupply amid a slump in fuel demand. Analysts cautioned the rebalancing of the market would be choppy.

“We’re talking about normalisation of supply and demand’ but we’ve got a long way to go,” said Lachlan Shaw, National Australia Bank’s head of commodity strategy.

“There are a lot of supply cuts that have come through. That combined with some early signs of demand lifting has meant the rate of inventory build is slowing.” Spot gold eased 0.1% to $1,704 an ounce.