Coronavirus: Quarantine a boon for some Hong Kong hotels as thousands return 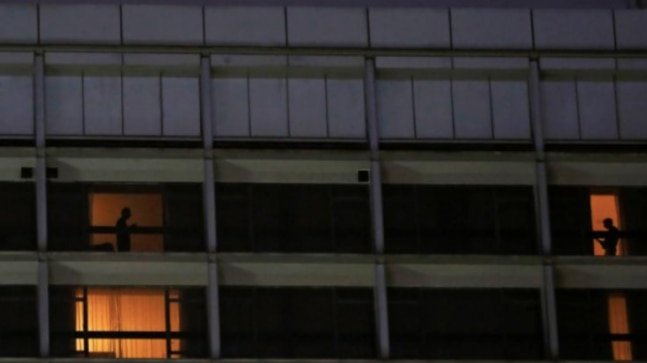 As thousands of Hong Kong citizens and expatriates return to the city, many are seeking refuge in hotels, fearful that cramped apartments in one of the world’s most expensive property markets could put families or flatmates at risk.

Social distancing is tough in Hong Kong, where the bulk of the city’s 7.4 million population lives in flats that on average are no bigger than 500 square feet (46 square metres).

The concerns have triggered a spike in occupancy rates for those Hong Kong hotels prepared to take self-quarantine guests, even as most of the industry grapples with a devastating slump due to coronavirus.

One expatriate who has lived in Hong Kong for over 12 years opted to self-quarantine in a hotel when returning last week, worried that going back to his two-bedroom apartment could put his wife and two daughters at risk.

“In case I had it, I didn’t want to get the girls sick,” he said, declining to be identified due to the sensitivity around the issue.

Even before the government implemented a compulsory 14-day quarantine for all arrivals on March 19, many returnees had voluntarily self-isolated in hotel rooms.

The numbers returning have been swelled by an influx of students arriving from overseas where the virus is spreading rapidly, at a time when Hong Kong’s infection rate remains relatively low, officials said. More than 77,000 Hong Kong citizens have returned since the mandatory quarantine was imposed, according to government figures.

A four-star hotel on Hong Kong Island, which had 15% of its rooms occupied at the start of the virus outbreak in January, said 60 per cent of its rooms were now full.

“Ninety percent of our guests are here for quarantine reasons,” said a sales official at the hotel, who declined to be named because she was not authorized to speak to the media.

The rest of the hotel’s rooms had been left unoccupied intentionally for social distancing purposes, she said, adding that in hotels which did not implement such measures the occupancy rate could be as high as 90 per cent.

Packages for a 14-day stay in a standard room at the Dorsett Hotel in its properties in the densely populated districts of Mong Kok and Wan Chai, costing cost HK$5,600 ($718) and HK$6,888, respectively, are fully booked until early April.

By doing so, it hopes to “further reduce the chance of outbreak in the community,” it added. The hotel said it had two air purifiers on each floor and a separate checkin area and elevators for quarantine guests.

Lawmaker Yiu Si-wing, who represents the tourism industry, told reporters last week that at least 14 hotels are together offering 1,000 rooms for the quarantine arrangement.

However, some travelers have complained on social media of being stranded at Hong Kong’s international airport because they could not find a hotel room.

Does this mean I need to sleep in the airport for 14 days? one post said.