Coronavirus: Investors look to 2008 for guidance on when to jump back in 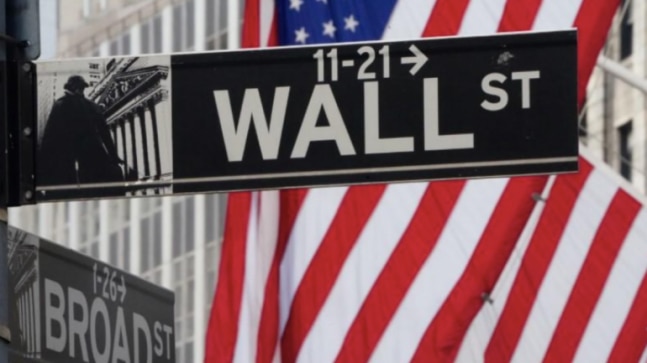 Investment banks are dusting off models from the 2008 financial crisis to gauge the right time to buy back into stock markets that have plunged 30% from their February record highs because of the coronavirus crisis.

That inflection point is not easy to model when the virus is still spreading rapidly across Europe and the United States.

But the US government’s $2 trillion in fiscal stimulus, coming on top of unprecedented measures from the US Federal Reserve and other central banks on Tuesday triggered one of the sharpest global equity market rallies in decades.

For some, the signals for a reversal are in place.

Veteran investor Bill Ackman told investors in his listed Pershing fund he had turned increasingly positive on stocks and credit, and taken off hedges he put in place in early March when markets first started cratering.

He said Pershing was redeploying our capital in companies we love at bargain prices that are built to withstand this crisis.

Goldman Sachs’ view was that this week’s record stock market rally had been led by underweight sectors, suggesting many funds had been covering short positions. Indeed, energy, travel and auto stocks were Tuesday’s biggest gainers.

At Morgan Stanley, Andrew Sheets, head of cross-asset strategy, said in these situations, including in 2008, markets often trough well before the crisis actually ends.

From the 2008 trough there followed a decade of stunning gains that added more than $25 trillion to global equity value.

(The market) won’t need to see a peak in US (Covid) cases, it just needs to see some confirmation of the path and it needs to be comfortable with the path, Sheets said.

But so far he remains underweight credit and has only marginally upped equity exposure.

JPMorgan says there is more than one way of measuring it, especially given the unique nature of the crisis which hit the real economy first, with financial markets following.

John Normand, JPM’s head of cross-asset strategy said one model suggested now is the time to re-enter a quarter before a recession is likely to end. His view is that the coronavirus-induced recession will be undoubtedly deep but also possibly the shortest-ever.

Normand also said investors could wait for green shoots or evidence of an actual upturn reflected in a trough for JPMorgan’s global Purchasing Managers Index.

Norman said the latter two models were not yet signaling it was time to buy.

Notably, US and European stock valuations based on a 12-month forward price-to-earnings ratios now have dipped well below historical averages, according to Refinitiv data.

Meanwhile, credit markets are still sending out distress signals yields on junk-rated US bonds are around 10 per cent currently compared to 6 per cent a month ago, meaning many companies may find it hard to service debt.

In Europe, an index of European credit default swaps, that measure the default risk of a basket of sub-investment grade companies, is off its peaks but remains elevated at around 520 basis points, almost double end-February levels.

The volatility index’s (VIX) 30% drop from recent peaks is a clear positive for riskier assets. But if 2008 is any guide, its decline may not yet signal the market trough. In 2008, the VIX retreated from highs in October, but markets took another five months to bottom out.

The recession in 2008 was a long one some economists reckon this time a turnaround in global growth will come by the third quarter.

Yet some also warn that markets are only now coming to grips with how severe a potential downturn could be.

We … haven’t fully appreciated how far this recession will go, said Andrea Cicione, head of strategy at TS Lombard, in London. Some of her concerns center on potential second-round effects such as rising unemployment and companies slashing their capital expenditures.

For now, the trajectory of the coronavirus and its economic fallout will play a key role in determining the market’s path, said Randy Watts, chief investment strategist at William O’Neill+Co.

In the short run, the market is still going to stay very volatile until one of three things happens – either the number of deaths and the number of new infections in the U.S., peak, there is some kind of a cure or vaccine developed or until the U.S. economy begins to reopen, he said.

ALSO READ | Coronavirus pandemic and mental health: How we can help people in quarantine